A Brief History of Mearns Kirk 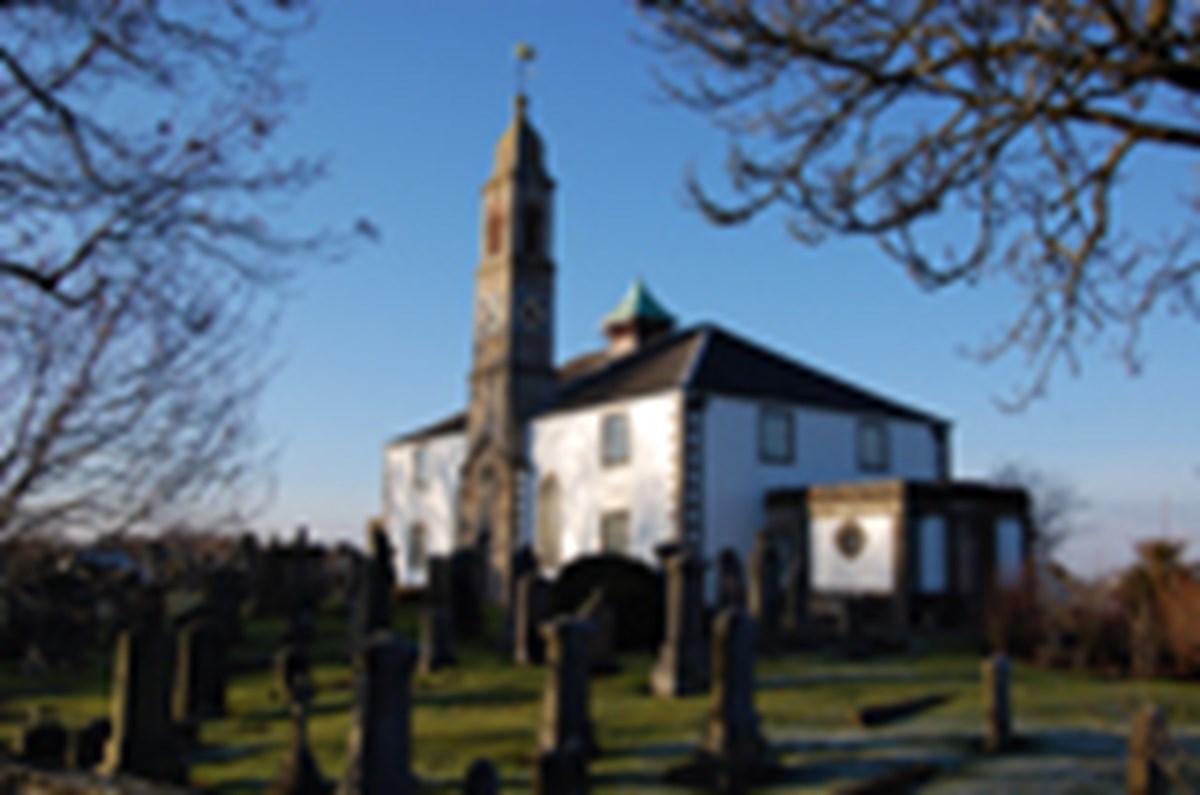 13th century Mearns was largely an agricultural community and early hamlets grew up at the castles of Auldton and Newton. The Kirkilgat, (the way to the hill with the Kirk), followed approximately the same route as today's Mearns Road from Clarkston to the Kirk of Mearns.

Over the years this became an important trade route, first as a bridle path for horses and then as a metalled road for wheeled traffic, passing through the village of Mearns, (located at Mearns Parish Kirk), to Kilmarnock and Ayrshire. Mearns had its own school and its own inn - The Red Lion. Some of the buildings were on what is now the church car park and the schoolhouse was on the site now occupied by the present Manse.

In 1832 the new Kilmarnock turnpike road was opened, it was built using the latest techniques of the day - the summits were reduced and the material used to fill the hollows. Tolls were collected at Nellie's Toll (now Eastwood Toll). This is the road we know as the A77. Passing though Newton, the road increased its importance and reduced that of Mearns which has disappeared except for the church and the manse.

The people of Mearns were, for centuries, closely associated with their Kirk and earnest in their beliefs. It is little wonder, then, that they were much affected by the great upheavals of the 16th and 17th centuries - the Reformation, the Covenants and the Secessions - and many paid dearly for their beliefs, some with their lives.

The first record of Mearns Kirk was in 1190 when the priest, Helia de Perthic, gifted the newly founded Anglo-Norman Church at Mearns to Paisley Abbey. However it seems certain that this Church had been built on the site of a much earlier Celtic Church, dating from around 800 A.D. By the 18th Century the fabric of the Anglo-Norman Church was reported to be ruinous, so the main rectangular part of the present building replaced it in 1813.

Additions and renovations were carried out in 1932 and 2000 to keep the building fit for its purpose, and in 1932 the pipe organ from Glasgow�s City Hall was fitted within the Kirk. A significant number of parts from this instrument were retained in use when the organ was rebuilt in 1982.